Out and About for the Belgrade Lakes Region of Maine Nov. 21-27

Out and About for the Mid Coast Lakes Region of Maine Nov. 21-27

Out and About for the York/Sanford Lakes Region of Maine Nov. 21-27

Out and About for the Belgrade Lakes Region of Maine Nov. 21-27 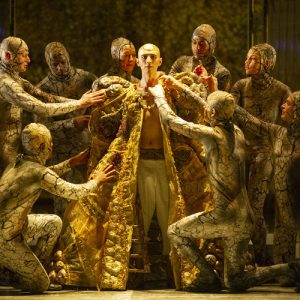 Nov. 21-24, Thursday-Sunday, 7pm/Thurs, Fri. and Sat, 2pm/Sun, “The Hunchback of Notre Dame,” this musical tells the story of the tortured hunchback Quasimodo and his unrequited love for the gypsy Esmerelda. Though including songs from the Disney cartoon, audiences should be forewarned that this adaptation, though acceptable for all audiences, may be a little dark for very young children, $8, $6/students, Messalonskee High School PAC, 131 Messalonskee High drive, Oakland. FMI: 207-465-9135, mhs.rsu18.org.

Nov. 22-24, Friday-Sunday, 7:30pm/Fri. and Sat, 2pm/Sun, “’Come Out Swingin’! A Lewiston Story,” a New Musical by Brian Daly. It’s the spring of 1965, two weeks before Muhammad Ali is scheduled to defend his world heavyweight title in a rematch against Sonny Liston, and licensing problems have forced the promoters to look for a new place to hold the fight. They choose Lewiston, Maine, the unlikeliest venue ever for a heavyweight championship bout, Gendron Franco-American Center, 46 Cedar Street, Lewiston. FMI: 207-783-1585, francocenter.org.

Nov. 22, Friday, 8pm, “Bob Marley,” Bob loves being a comedian. He’s wicked good at it! He lives in Maine which is the best state in the world maybe even the universe. He’s featured regularly on Sirius XM radio and he even won their Superbowl of Comedy! He has put out over 20 comedy CD’s and DVD’s! He was inducted into The Guinness Book of World’s Records for “the longest stand up comedy show by an individual” at 40 hrs of straight stand up! He’s been on over 100 tv shows including Leno, Letterman, Conan, Jimmy Fallon, Craig Ferguson, and Comedy Central to name just a few. He co¬starred in Boondock Saints I and II, All Saints Day, playing Detective Greenly. He has toured the U.S., Europe, Canada, Kuwait, and Iraq. That’s about it, $34.50-$35.50, Waterville Opera House, 1 Common Street, Waterville. FMI: 208-873-7777, www.operahouse.org.

Nov. 23, Saturday, 7:30pm, “Discovery: Colby Symphony Orchestra,” Colby’s own Eric Thomas takes center stage as both composer and clarinet soloist in his Threnody for Ann Arceneaux for solo clarinet and viola, featuring Boston University viola faculty member Hye Min Choi. Thomas and Choi will have further opportunity to shine in Max Bruch’s Concerto for Viola and Clarinet. The concert will conclude with the magnificent Second Symphony of Jean Sibelius, a work so profound that the composer called it “a confession of the soul.” Shuttle service will be available from the Eustis parking lot beginning at 7pm and immediately after the performance, free, Lorimer Chapel, Colby College, 4000 Mayflower Hill Drive, Waterville. FMI: 207-859-4000, Colby.edu.