Out and About for the Belgrade Lakes Region of Maine Mar. 12-18 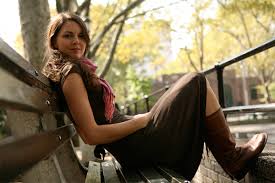 Mar. 14, Saturday, 7:30pm, “UUCB Concerts for a Cause: Heather Masse & Jed Wilson,” Maine native Heather Masse is well-known to audiences as a regular guest on the NPR radio show “A Prairie Home Companion,” both as a solo performer and as a member of the Billboard-charting folk supergroup, The Waylin’ Jennys. On the show, Heather has collaborated with artists such as Elvis Costello, Wynton Marsalis, Sheryl Crow, Renee Fleming, and Emmylou Harris. She has also performed in many venues and with other popular groups such as the bluegrass band The Wayfaring Strangers on NPR’s World Cafe, and at Boston’s Symphony Hall with the Boston Pops. For this concert, Heather joins forces with jazz pianist Jed Wilson. Heather and Jed met as jazz students at the New England Conservatory of Music and have been performing together for more than 10 years. Heather’s background is steeped in the jazz tradition, which informs her distinct approach to singing folk, pop and bluegrass. Ms. Masse has released 2 CD’s of jazz-inspired folk duets with Mr. Wilson. The title track of her first solo CD “Bird Song” won her 1st prize at the International Acoustic Music Awards. She also won a prestigious Juno Award for “Bright Morning Stars,” her latest recording with The Wailin’ Jennys. “Masse exhibits impeccable phrasing and a lush sound that suggests the sensuousness of Sophie Milman shot through with somber, Sarah Vaughan threads.” — Jazz Times, $15/advance, $18/door, $10/students and children, Unitarian Universalist Church of Brunswick, 1 Middle Street, Brunswick. FMI: 207-729-8515, www.uubrunswick.org.

Mar. 15, Sunday, 2:30pm, “The Midcoast Symphony Orchestra ‘Two Great 5ths’,” as a part of our 30th Anniversary Season the Midcoast Symphony Orchestra, under the baton of guest conductor Jinwook Park, presents Two Great, but very different, 5th symphonies. The first by Franz Schubert is light, lyrical and reminiscent of Mozart. The second by Gustav Mahler is a truly major work beginning with a trumpet call and a funeral march and ending with the composer’s famous and beautiful musical love letter to his bride followed by a spectacular and joyful finale, $22/advance, $25/door, free/18 and under and college students with ID, Orion Performing Arts Center, 66 Republic Avenue, Topsham. FMI: 207-846-5378, www.midcoastsymphony.org.