Out and About for the Sebago Lakes Region of Maine Mar. 4-11 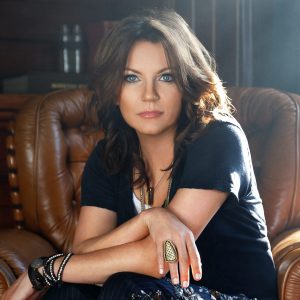 Mar. 12, Thursday, 7pm, “NT Live Broadcast-Fleabag,” see the hilarious, award-winning, one-woman show that inspired the BBC’s hit TV series Fleabag, broadcast live to cinemas from London’s West End. Written and performed by Phoebe Waller-Bridge (Fleabag, Killing Eve) and directed by Vicky Jones, Fleabag is a rip-roaring look at some sort of woman living her sort of life. Fleabag may seem oversexed, emotionally unfiltered and self-obsessed, but that’s just the tip of the iceberg. With family and friendships under strain and a guinea pig café struggling to keep afloat, Fleabag suddenly finds herself with nothing to lose. Playing to sold-out audiences in New York and London, don’t miss your chance to see this ‘legitimately hilarious show’ (New Yorker), broadcast live to a cinema near you, contains strong language, age recommendation 15+. $8-$15, Collins Center for the Arts, 2 Flagstaff Road, Orono. FMI: 207-581-1755, collinscenterforthearts.com.

Mar. 14-15, Saturday-Sunday, 3:30-9pm/Sat, 10am-3:30pm/Sun, “Snocross Racing,” the high-flying, fast-paced snowmobile racing action that fans love will be brought to you by the Eastern SnoCross Tour, which will be showcasing Pro and Pro Lite Snowmobile Racers. Leading the charge into Bangor are Pro riders Leo Patenaude and Corin Todd. Patenaude has been on a tear this season, winning four of the seven Pro finals contested thus far in 2020. Todd has a pair of wins to his credit and is fast every week. There will be a second track at the event this year which will feature vintage snowmobile racing with the Tame the Track Tour. “We’re all thrilled to be invited to be part of this great event,” Tame the Track Tour director Jere Humphrey said. “We’re having a solid season on our Vintage tour, and Bass Park is a perfect spot to combine vintage racing with the high-flying sleds of today. We’ll have 16 classes there for our ninth points race of the season. I can’t wait to bring our race teams to Bangor.” In addition to all the snowmobile racing taking place over the weekend, a special guest will also be in attendance. YouTube star Larry Enticer will be performing both days of the event and you can bet that he’s “Still Gonna Send It.” Enticer will also be racing with the vintage racers during the weekend and will be on hand both days to meet fans and sign autographs. Each fan in attendance is automatically entered into a drawing to win one of the Yamaha Enticers Larry will be jumping, $5/Pit tickets, Bass Park, Bangor. FMI: bangorsnocross.com.

Mar. 14, Saturday, 1pm, “The Met: Live in HD-Der Fliegende Hollander,” the great bass-baritone Sir Bryn Terfel brings his acclaimed portrayal of the doomed title sea captain to cinemas for the first time on March 14. Valery Gergiev conducts a new production by François Girard, whose visionary 2013 take on Parsifal set the recent Met standard for Wagner stagings. With sweeping sets by John Macfarlane, Girard’s new production turns the Met stage into a rich, layered tableau reminiscent of a vast oil painting. The gifted German soprano Anja Kampe, in her Met debut run, is the devoted Senta, whose selfless love is what the Dutchman seeks, with bass Franz-Josef Selig as her father, Daland, and tenor Sergey Skorokhodov as her deserted former lover, Erik. This live cinema transmission is part of the Met’s award-winning Live in HD series, bringing opera to more than 2,200 theaters in more than 70 countries worldwide, $25/adult, $20/senior, $10/student, Collins Center for the Arts, 2 Flagstaff Road, Orono. FMI: 207-581-1755, collinscenterforthearts.com.

Mar. 14, Saturday, 7pm, “Michael Winslow, the Voicetramentalist,” Michaels quest for hilarity began in Boulder, Colorado at a club known as Tulagis, famous for its legendary acts such as Tommy Bolin, The Doors, and even Jimi Hendrix himself! This connection with Jimi would continue throughout Mikes career as he would open for Italian Rock Fusion Band Nova, with a rendition of Purple Haze that was nothing short of magic, no one can imitate a guitar with just their voice quite like him. His vocal talent was apparent, but Michael wanted to take it further and start a career as a professional entertainer. Michael hit the road with just the clothes on his back and a dream, taking Venice Beach by storm. He auditioned for just about any act he could find, and his hard work came to fruition when he auditioned for the Gong Show hosted by Chuck Barris. From the earnings he made from that gig he was finally able to purchase a car to perform at even more clubs. It was at the Evening at the Improv Club, owned by Bud Friedman, in which he would become a household name in Los Angeles. It was in 1984 where Michael would get his big break from Director Hugh Wilson and Producer Paul Manslanski, creators of the cult classic Police Academy, as they saw his talent first hand at the Long Beach Theater. They saw the raw talent that Mike brought to the table and immediately wrote him into the script, paving his way for a career in cinema, also taking a role in Mel Brooks Space Balls! While his talent on screen is apparent, he is also a skilled voice actor appearing in commercials for companies such as Geico, but also hit television series such as Family Guy and Robot Chicken. Mikes versatility really allows him to play any voice role. Michael is a true master of his craft, an artist. He can recreate any sound known to man and more, limited only by his imagination, making him a must-see entertainment staple which keeps him quite busy. He has recently finished up a comedy special on the Starz Network with Jimmy Walker, but he also runs a podcast where you can hear he his unique takes on life and comedy known as the Noize Podcast. Mikes next big projects involve various animated shows with large network interest, as well as variety shows in Vegas! You won’t want to miss out on any of these surefire classics, Seasons, 11 S Park St, Bangor. FMI: www.seasonsbangor.com.