Out and About for the Belgrade Lakes Region of Maine Mar. 4-11

Out and About for the Mid Coast Lakes Region of Maine Mar. 4-11

Out and About for the York/Sanford Lakes Region of Maine Mar. 4-11

Out and About for the Belgrade Lakes Region of Maine Mar. 4-11 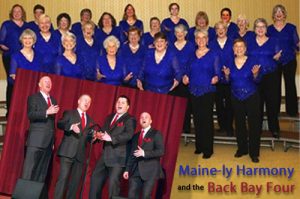 Mar. 6, Friday, 5:30pm, “Headlamp Snowshoe Hike,” Come out for a hike beneath the stars! You’ll discover the contrasting beauty of snow and darkness as you meander through Coburn Woods, a local favorite in Skowhegan. During this outing, coaches will share their expertise and offer tips for experienced and novice snowshoers alike. It’ll be a great way to meet new people and avoid the winter blues! The hike will be around three miles with slight changes in elevation. This trail is perfect for all ages and skill levels; it’s even pet-friendly! Don’t forget to bring poop bags and clean up after your pet! Bring a headlamp or flashlight if you have one, and if you need to borrow snowshoes, fill out this form: https://forms.gle/Eq3y8rM4LnEFzLhHA, free Coburn Woods, 284 Russell Road, Skowhegan. FMI: mainstreetskowhegan.org.

Mar. 6, Friday, 7pm, “Piano Series Recital,” concert artist and teacher Chiharu Naruse presents a special program for this 3rd recital in the Piano Series season. For the first half, she has selected works by Chopin, Liszt, and Ravel that will appeal to children as well as adults, and she will perform a prize-winning composition by Naruse’s former pupil, 9-year-old Quinn Brennan. The artist devotes the second half of her program to one piece, Schumann’s Kreisleriana. As always at Piano Series events, students are admitted at no charge. For this program, adults bringing children will also receive courtesy admission, $20, Gendron Franco Center, 46 Cedar Street, Lewiston. FMI: 207-689-2000, www.francocenter.org.

Mar. 7, Saturday, 12:55pm, “Met Opera Live in HD: Agrippina,” Handel’s tale of intrigue and impropriety in ancient Rome arrives in cinemas on February 29, with star mezzo-soprano Joyce DiDonato as the controlling, power-hungry Agrippina and Harry Bicket conducting. Sir David McVicar’s production ingeniously reframes the action of this black comedy about the abuse of power to “the present,” where it should loudly resonate. The all-star cast features mezzo-soprano Kate Lindsey as Agrippina’s son and future emperor Nerone, soprano Brenda Rae as the seductive Poppea, countertenor Iestyn Davies as the ambitious officer Ottone, and bass Matthew Rose as the weary emperor Claudius. This live cinema transmission is part of the Met’s award-winning Live in HD series, bringing opera to more than 2,200 theaters in more than 70 countries worldwide, $17-$23, Waterville Opera House, 1 Common Street, Waterville. FMI: 207-873-7000, operahouse.org.

Mar. 7, Saturday, 7:30pm, “Journey to America: Colby Symphony Orchestra,” The Journey to America alternates between energy and exhaustion, between dramatic and sublime. Beginning in Austria with Beethoven’s electrifying, epochal Fifth Symphony, the program shifts quickly to a pair of very different works by American masters Samuel Barber and Aaron Copland. Barber’s sometimes ethereal, sometimes anguished Adagio for Strings becomes even more powerful when played beside Copland’s dramatic Fanfare for the Common Man. Rounding out the program will be Copland’s Lincoln Portrait. Shuttle service will be available from the Eustis parking lot beginning at 7pm and immediately after the performance. Directed by Jinwook Park, free, Colby College, Lorimer Chapel, Waterville. FMI: 207-859-5670, Colby.edu.

Mar. 8, Sunday, 2pm, “Maine-ly Harmony and Back Bay Four,” these two a capella groups were a hit when they performed in the Concerts at Jewett series in 2018. They return with even more awards to their credit. This will be a feel-good afternoon of skilled harmony and familiar songs by many talented vocalists, $10, $5/students, free/12 and under, University of Maine, 42 Jewett Hall, Augusta. FMI: 207-621-36551, www.maine-lyharmony.org.