Out and About for the Sanford/York Lake Regions of Maine Mar. 12-18 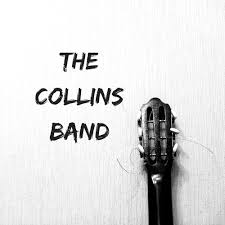 Mar. 14, Saturday, 1pm, “Our Barns: an afternoon talk with Don Perkins,” a 45-minute seminar showcasing Maine barns with author Don Perkins. This unique talk showcases the different regions of Maine and the different styles of barns that go along with them. A question and answer session will follow the talk, and copies of the book will be available for purchase. Coffee, tea and refreshments will be served; hope to see you there! Saturday, March 14 at 1 p.m. in the Community Woodworking Shop at Tear Cap Workshops Free Admission (but donations are always appreciated!) (Snow date: Saturday March 21st at 1 p.m. Please check tearcapworkshops.org in the event of inclement weather.) About Don Perkins, author of The Barns of Maine: Our History, Our Stories Don Perkins has a passion for barns. A former carpenter and woodworker with a longtime interest in timber framing, Don now puts his knowledge to the printed page revealing the history and craft of Maine barns. A freelance writer since 2005, Don penned a series on local barns in 2007-8 for a Gray-New Gloucester weekly that garnered much interest, running for some 20 weeks. Another barn column appeared in the Advertiser Democrat in Norway for a year and a half. For seven years he wrote a weekly column on people and events for the Portland Press Herald, free, donations accepted at the door, Tear cap Workshops, 22 Hampshire Street, East Hiram. FMI: 207-625-3396, tearcapworkshops.org.

Mar. 14, Saturday, 4:30pm/doors open, “St. Paddy’s Dimming of the Day Dinner,” a celebration of the greenest of holidays. A night of Irish music and a festive Irish feast. Carol Noonan, with her guitarists Duke Levine and Kevin Barry performing along with that lovely fiddler Erica Brown and her Irish group Josephine County. And don’t worry if you don’t like Corned Beef, there will be plenty of other options. But for those of you who do like that “corney” dish, Carol’s version like her Danny Boy, is the best that this blarney neck of the woods has to offer, fun begins at 5pm with apps and a welcome drink in Quisi Barn. Seating will begin at 5:30pm in the Main Hall, dinner includes apps, a welcome drink, salad, dinner, dessert and coffee, $75/includes concert, dinner and tax. Beverages other than arrival welcome drink and gratuity not included, Stone Mountain Arts Center, 695 Dug Way Road, Brownfield. FMI: 207-935-7292, www.stonemountainartscenter.com.

Mar. 14, Saturday, 7pm, “The Collins Band,” Music with a Mission presents The Collins Band for an evening of great music. The Collins Band, based in Southern Maine, plays a mix of modern and classic blues, jazz, and Americana. Their repertoire includes Susan Tedeschi, Keb’ Mo’, Etta James, Koko Taylor, Van Morrison and all the good stuff in between. The Collins Band is: Dave Collins: vocals, acoustic and electric guitars Crista Collins Koerber: vocals, percussion Rudy Gabrielson: blues harmonica, keyboards and vocals Paul Riechmann: stand-up bass and vocals Chuck Prinn: drums The Music with a Mission concert series is sponsored by the North Windham Union Church, which donates a portion of the proceeds to area non-profits. During the first seven seasons, MWAM provided over $65,000 for mission support to the church and other community organizations. The Collins Band has chosen to support Habitat For Humanity of Greater Portland, an independent affiliate of Habitat for Humanity International, a global, nonprofit housing organization, $12/adults, $10/students and seniors, North Windham Union Church, 723 Roosevelt Trail, Windham. FMI: 207-892-7149, www.brownpapertickets.com/event/4529253?ref=349591.

Mar. 15, Sunday, 6:30pm, “The Hayloft at Dragonfly Barn Songwriter Showcase,” join Denny Breau and Bruce Marshall, two world class singer songwriter guitarists, as they host this exciting new monthly series. The duo will bring talented guests to the Hayloft stage who are accomplished songwriters and performers in a wide variety of styles and instrumentation. Bruce will open then bring up Denny Breau for a solo set. After a short break, the feature artist will perform. How the night will end is anyone’s guess. The magic of impromptu collaborations frequently dominate the last set! DENNY BREAU – www.dennybreau.com Denny is a triple threat: a consummate picker, evocative songwriter, and a singer with a voice that is warm and inviting but completely unpretentious much like the singer himself, according to Lucky Clark. Mainers have long considered Denny a must see, but they are happy to share a favorite son with those from away. BRUCE MARSHALL – www.brucemarshall.com Bruce Marshall’s music career spans five decades and the singer-songwriter, guitarist has been a full time musician his entire adult life. With an affinity early on for blues, rock and 60’s pop, he honed his chops in the gin mills of NE and put out his first records in ’87. He went to National with guitarist Toy Caldwell in ’89, touring the US with Charlie Daniels and Lynyrd Skynyrd. FEATURE ARTIST CANDIE TREMBLAY – http://candietremblay.com/ Candie Tremblay has been singing ever since she was a young child. Music has always been a passion of hers. She has performed in various locations throughout the US and recently performed in Nashville, Atlanta region, and Sarasota Florida. She has worked with talented artists such as Ben Hammond, steel drum player John Patti, James (aka Sunny Jim) White. Her first album is in the works. Stay tuned for more info on that! While singing has always been a passion for Candie, she only recently started pursuing music as a career. It was in June 2014 that she began singing at open mics and was soon performing regularly in many venues. She also enjoys playing the keyboard, ukulele and percussion Instruments, BYOB, seating limited, $15/online, $20/door, The Hayloft at Dragonfly Barn, 95 Sanborns Grove Road, Bridgton. FMI: www.brownpapertickets.com/event/4466458?ref=349591.